I received my Ph.D. in computer science in 2012 from the University of British Columbia in Vancouver. After this, I won a Marie Curie postdoctoral fellowship for two years of research in Europe (Inria in France and CWI in the Netherlands). In 2014, I returned to the Evolutionary Biology Lab (LBBE) in Lyon, France, for another two years, and from 2016 to 2019, I was a postdoctoral fellow in the Experimental Algorithmics Lab (algolab.eu) in Milan, Italy. In 2019, I was a visiting assistant professor at Fairfield University in Connecticut, and in 2020, I joined Georgia State University as an assistant professor.

My research focuses on algorithmic approaches to the latest bioinformatics challenges, often resulting in usable software tools and scalable data analysis pipelines. Most of my research has some connection to evolutionary biology, where the goal is to either (a) build an evolutionary tree on a set of objects or (b) study the dynamics of objects, given such an evolutionary tree. An example of (a) would be studying a set of diversified cancer cells from a single-cell sequencing experiment on a tumor, which can provide insight into how the tumor has progressed from the initial "driver" mutation(s) to the present heterogeneous state. Examples of (b) would be analyzing the co-occurrence of genes among related species (which can be used to infer ancestral gene orders) or the correlated evolution of proteins (which can be used to build ancestral metabolic networks). Both provide insight into the interplay among pathogens, their hosts, and the ecosystem of the given time period and geographical location. Other projects I work on involve the analysis of long-read DNA sequencing data for assembling (or phasing) haplotypes, which sheds light on factors such as compound heterozygosity for determining human susceptibility to certain disorders. What is interesting is that the haplotype assembly of cancer cells in (a) and the pathogens (e.g., viruses, which can have a hundred haplotypes) of (b) can be an added source of information for these studies as well. 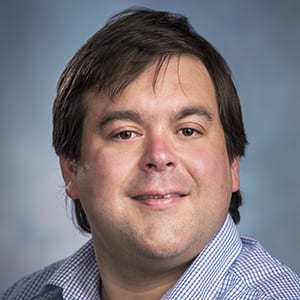